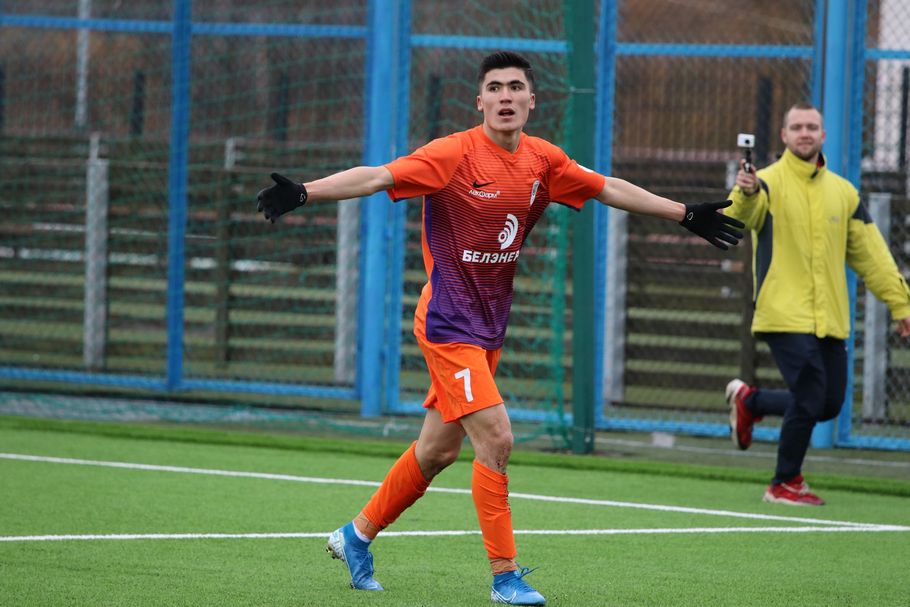 Minsk: With the gaze of a football-starved world increasingly turning towards Belarus, Uzbekistan youngster Jasurbek Yakhshiboev has become an instant star of one of the world’s only active leagues, but the 22-year-old has ambitions far beyond Minsk.

The New York Times labelled it “an outlier in European soccer”, while former Manchester United star and current Navbahor head coach Andrei Kanchelskis admitted he had been watching the action unfold “like everyone else in the world”.

It is unlikely comments of that nature would have been made about the Belarusian Premier League prior to 2020, but while COVID-19 has brought the rest of European football to an abrupt halt, the little-known league’s continuation through unprecedented circumstances has seen it thrust into the international spotlight.

It is a plot twist which has drastically expanded the audience for the footballers of Minsk, Mozyr and Mogilev, but Uzbekistan’s Yakhshiboev has put his name up in lights as much as any individual, topping the league scoring charts with three goals in the opening four rounds.

Still on the books at Uzbek champions Pakhtakor, but now on loan at unexpected Belarusian Premier League second-place holders Energetik-BGU Minsk, Yakhshiboev hit the ground running with two goals on his debut against 15-time champions BATE Borisov, before finding the net again in a 2-0 win over FC Minsk on Matchday Three,

Energtik-BGU’s 1,500-capacity stadium is not the most conventional shop window, but the skillful forward – who sees the league’s newfound fame as ‘a great opportunity’ – is eager to ensure his promising first steps in Belarus are the beginning of a long run in the European game.

“The main reason why I moved to the Belarusian championship is that I want to show my best game in Belarus, and then go to the strongest clubs in Europe,” Yakhshiboev told the-AFC.com.

“My aim is to score goals in every game and help my teammates score. I want to become the top scorer in the championship.

“Ilya Shkurin, who was the top scorer of Energetik-BGU last year, moved to CSKA Moscow this year and now such a wonderful opportunity could occur for me, because, at the moment, everyone is watching the championship of Belarus.

“If I play well for the whole season until the end of the year, I will also have a chance to move to a stronger championship and play for a big club.

“My goal is to perform in Europe. I’m not looking to return to Pakhtakor.”

With more than 50 appearances in the Uzbekistan Super League, and several star turns for Uzbekistan youth national teams making him one of the Central Asian nation’s brightest prospects, Yakhshiboev is now turning heads away from home while appearing as a foreign player for the first time in his career.

With Xavi and Wesley Sneijder among his former opponents during AFC Champions League appearances for Pakhtakor, Yakhshiboev knows what is expected of a big name signing from abroad and he believes he has lived up to his end of the bargain so far.

“For the first time in my career, I am a legionnaire,” he said.

“This is a great advertisement, and a great opportunity for players. That’s why I try to show my best performance in every game.”

While life goes on in the Belarusian football scene, it remains anyone’s guess when international football will return to give Yakhshiboev the chance to add to his three appearances for the Uzbekistan national team.

A regular for the national U-23 side in both their title-winning 2018 AFC U23 Championship campaign and January’s painful fourth-place finish in the 2020 edition in Thailand – with a play-off defeat to Australia denying Uzbekistan a maiden Olympic Games qualification – Yakhshiboev is eager to translate his club form into a regular place in Vadim Abramov’s senior side.

“In the last AFC U23 Championship in Thailand, the national team of Uzbekistan reached the semi-finals, but our main goal was to win a ticket to the Olympics in Tokyo,” he said.

“In fact, the semi-finals are a good result, but we did not go to the Olympics, so I have to consider the result unsuccessful.

“In the future I want to become an important player for the national team of Uzbekistan. I want to be useful for the team.”

Until then, Yakhshiboev’s focus is on Thursday’s league match against FC Gorodeya, where he will continue his quest to advance to the top of an European football scene which, outside Belarus, remains in frozen in time.