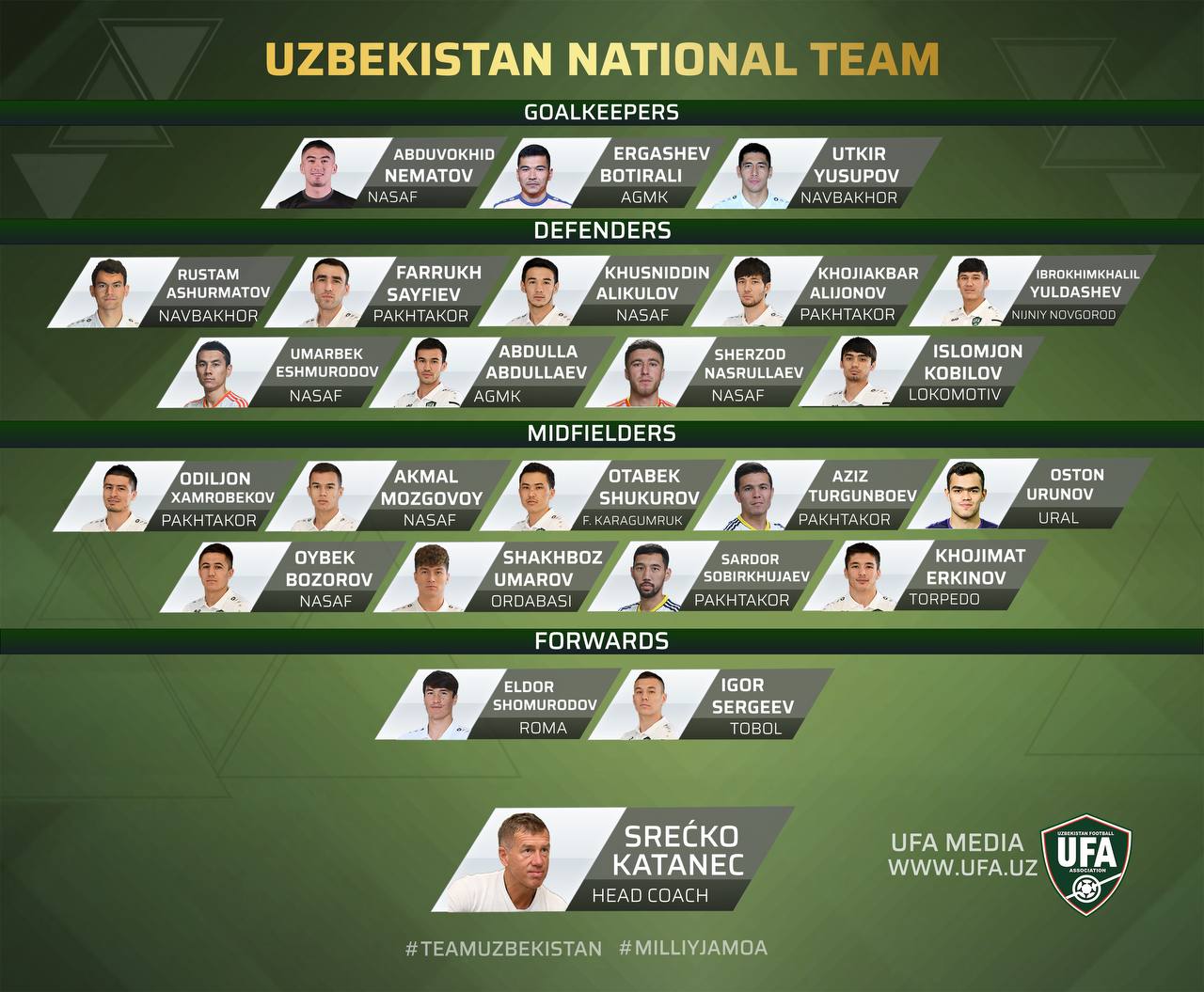 On September 19, the national team of Uzbekistan will begin the next training camp. The first day of training will be held in Tashkent, and then our team will travel to the Republic of Korea to participate in friendly matches with the national teams of Cameroon and Costa Rica.

The head coach of the national team, Sreсko Kataneс, announced the list of players who will take part in these training camps.

One of the leaders of our national team, Jaloliddin Masharipov, is currently recovering from an injury. According to the statement of the Al-Nasr club, the player is forced to miss the current training camp.