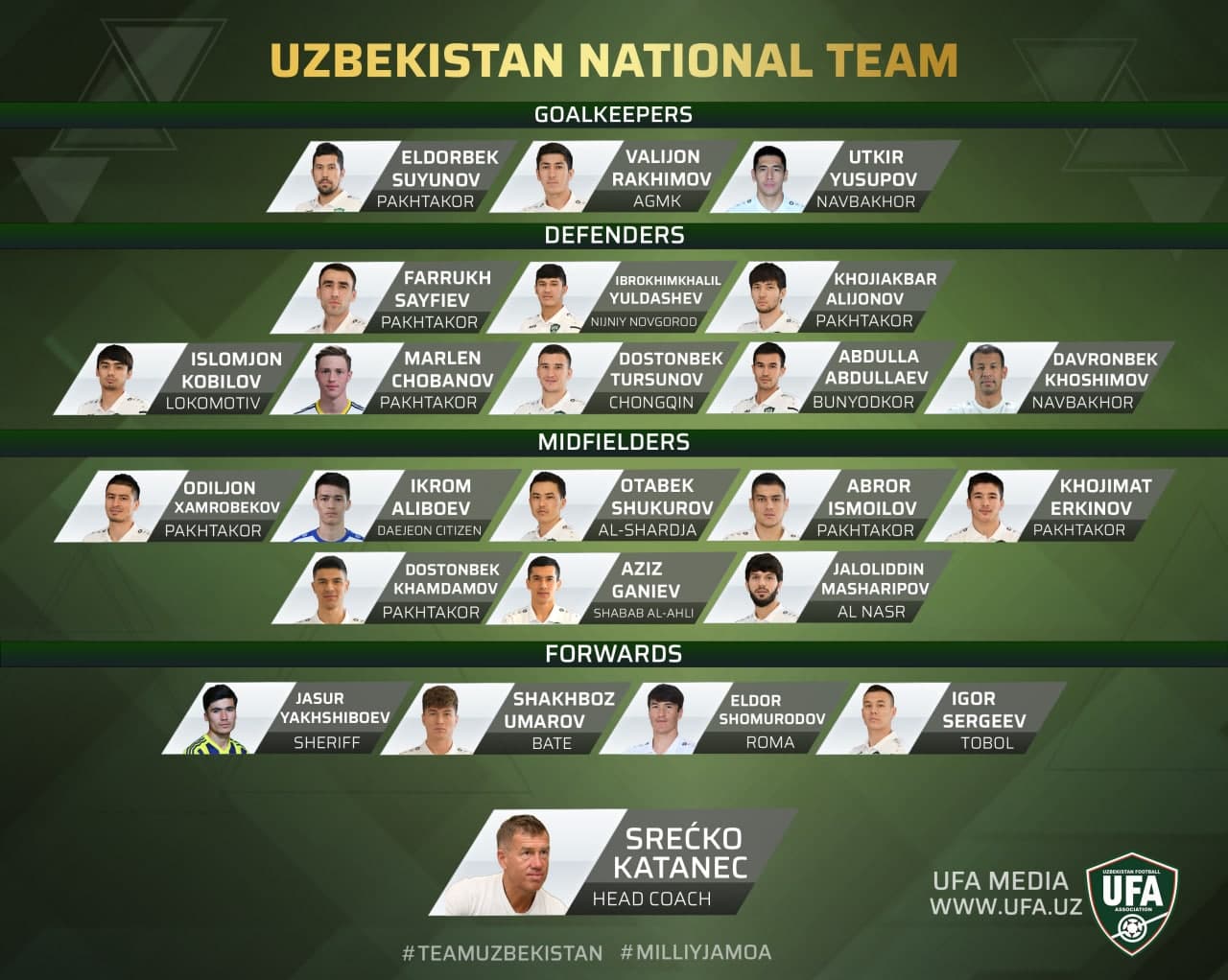 As you know, in early November, an expanded composition of the Uzbekistan national team was announced for the FIFA days. Srechko Katanec announced the final list of players who will be invited to the training camp.

Rustam Ashurmatov will not be able to come to the training camp due to visa problems. He was replaced by Pakhtakor’s player Marlen Chobanov.

For information, today our football players will hold their first training camp. The training session will begin at 17:15 at the Pakhtakor stadium and the first 15 minutes will be open to the media.