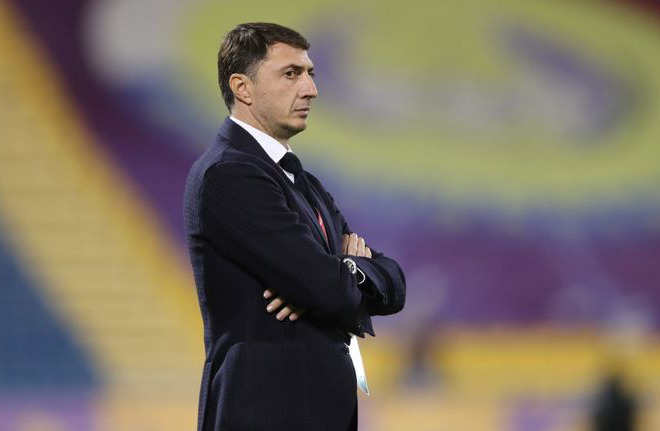 Tashkent: It took a little over two years for Shota Arveladze to transform Pakhtakor from a stumbling giant seemingly in terminal decline into a resurgent powerhouse that swept all before them in Uzbekistan in 2019.

Now, with a first-ever domestic treble under their belt, the former Ajax Amsterdam striker has his sights on doing much more than winning trophies with the Tashkent giants. Instead, Arveladze believes he has created the blueprint that will unlock the potential of Uzbek football.

“With the chairman (Bobur Shodiev) who, from the first day to the last day has understood everything we’re trying to do, we have been working on developing an identity,” the former Georgia international told the-AFC.com.

“We shouldn’t jump from one style to another, to bring in a coach from Portugal or Spain and then someone who’s German or Turkish who has a different playing system. With that identity we have tried to find the right kids, and it’s been a lot of work.

“This philosophy is a little bit mine and from (assistant coach) Pieter Huistra, but also with the Uzbek coaches who have been around us. We did it and everybody has accepted it and this is our genetic code.”

The starting point for the Pakhtakor revolution under Arveladze came in June 2017, when the former Trabzonspor coach was appointed with the club languishing in the lower reaches of the 14-team Uzbekistan Super League, ousted from the Uzbekistan Cup and at serious risk of missing out on the following season’s AFC Champions League.

“We arrived when the team was having big problems, they were 11th in the league and they had lost in the Cup also and the problem was, generally, the management could be much better than I saw at the time,” Arveladze says.

“We won 14 games out of 16, we drew one and we lost one, so we finished third and we had the chance to play in the AFC Champions League.”

Arveladze’s first foray into the Continental championship came to an abrupt end with elimination at the hands of Qatar’s Al Gharafa in the 2018 play-offs and later that season the club narrowly missed out on the domestic title. But improvements were being made, both on and off the pitch.

Having played in the Netherlands and been influenced by the likes of Louis van Gaal, Ronald Koeman and Dick Advocaat during a coaching spell at AZ Alkmaar, the possession game sits at the heart of Pakhtakor’s new approach, with Arveladze seeking to instil this philosophy into a promising group of young players who represent a bright future for Uzbek football.

Seven of the club’s current squad helped the country to the 2018 AFC U23 Championship title while a significant number of players from Arveladze’s set-up are members of Vadim Abramov’s senior national squad as Uzbekistan try to finally secure a place at the Finals of the FIFA World Cup.

“You must be involved with the club, if you don’t love the club very soon you will struggle,” he says. “It depends on the club treating you properly and there has to be respect and love. I felt like I could change a lot in Pakhtakor, right from my first day.

“Sometimes when we play we have 70 percent possession, even in the AFC Champions League we’ve had games where people have been surprised and have been saying: ‘Wow!’”

“We scored 115 goals last season and it was a good treble,” says Arveladze. “We have 10 players in the national team, plus my two goalkeepers. We have a lot of promising young boys who have come up from the second team in the last two years and we’ve established a new academy with some talented boys.

“Last year we had a really tough group in the AFC Champions League with Persepolis, Al Sadd, who have played in the finals and the semi-finals, and Al Ahli, one of the best clubs in Saudi Arabia. Unfortunately we were one point behind and we could easily have gone through.”

“This year we again have a tough group, with Shabab Al Ahli, Al Hilal, the champions and who played in the FIFA Club World Cup, so we’ve been looking forward to it.

“We beat Shabab Al Ahli and Shahr Khodro and we were looking forward to playing Al Hilal, but the situation with the virus is how it is with everyone’s life. Only God knows when we will play, but he doesn’t say!

“We have had to fully involve ourselves in making changes. This is a very talented country for playing football. They have had the best players in Asian football, players like Server Djeparov and Odil Akhmedov, and people know them.”

“We are working with very famous people in football. (Former FIFA World Cup referee) Ravshan Irmatov is the vice-president of the federation and we are raising standards. In two-and-a-half years many things have changed. The academy and the youth are the future for the country.”

With Arveldaze’s philosophy in place, Uzbek football could be ready to finally realise its undoubted potential.